Volume 2 Broadsides are available individually, in sets of 3 (of your choosing), as whole sets (unbound), and in the final bound edition. Click on the images below to view larger versions.


Each of the Manila Broadsides, Volume 2 is 10x22" on Rives BFK, perforated to be torn into 3 panels. The text was set by hand in metal type in the typeface Caslon and printed on a Vandercook SP20 by Mary Walker Graham and Jeremiah Gould at Rope-a-Dope Press Collaborative.

Thanks, as ever, to all of the Manila poets and artists. And especially to Mike Dacey for sharing his Vandercook with us.
Posted by Rope-a-Dope at 8:46 AM 47 comments: 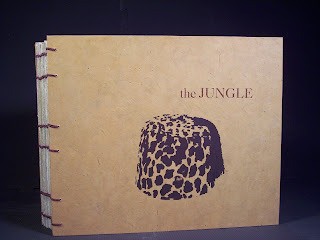 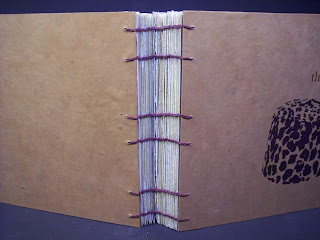 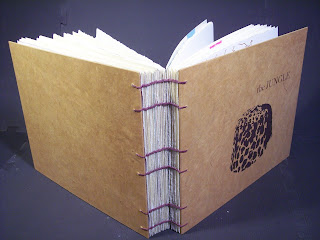 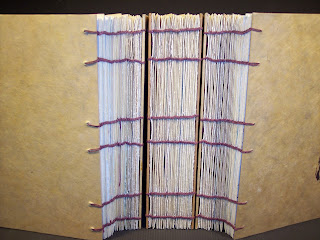 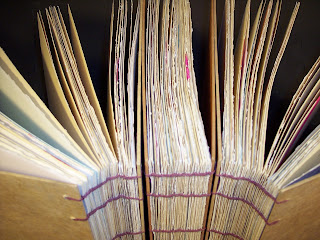 A collaboration between Rope-a-Dope Press and The So and So Series, The Jungle was made by hand in an edition of twelve in January 2008. The covers, doublures, and end pages were printed on LamaLi and Rives BFK papers using lead type, polymer plates, and screenprints. The text throughout was set by hand on a Vandercook SP20 in the typeface Caslon.

The Manila Broadsides were printed in editions of seventy-two each on Rives BFK and French Co. papers. Thanks to all of the Manila poets and artists.


Special thanks to Robert Charlton, Mike Dacey, Cynthia Dromgoole at the South Boston Public Library, and the Distillery.

The Jungle is $240 + $10 for shipping. Please email ropeadope.press@gmail.com to arrange payment & shipping.
Posted by Rope-a-Dope at 1:51 PM 3 comments: 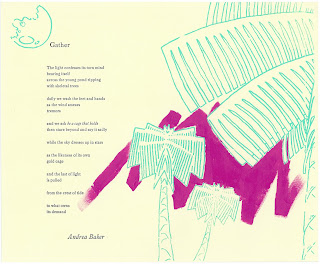 from "A Natural History of California" by Jennifer Bartlett 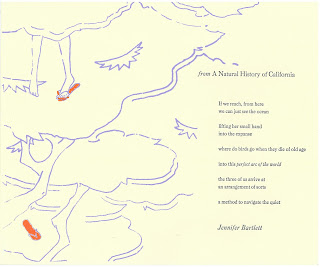 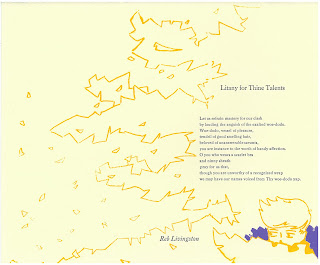 All three December broadsides for $30:

Posted by Manila Broadsides at 11:37 AM 2 comments: 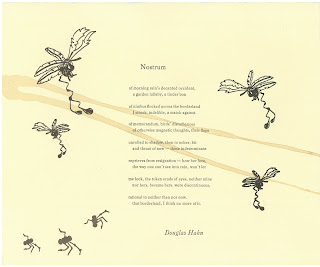 THE MANILA BROADSIDES are limited edition, letterpressed prints featuring collaborations between early-career poets and artists. Published once a month by The So and So Series and Rope-a-Dope Press, the broadsides are available here and at The So and So readings, which take place in Rope-a-Dope's studio at The Distillery in South Boston.